March is here again, and you know what that means: March Madness! While we’re waiting to see who makes it to the Final Four, let’s talk about something that can drive a conscientious consumer mad: improper disposal of mercury-containing light bulbs.

Wondering watt the big deal is? Let’s break it down. 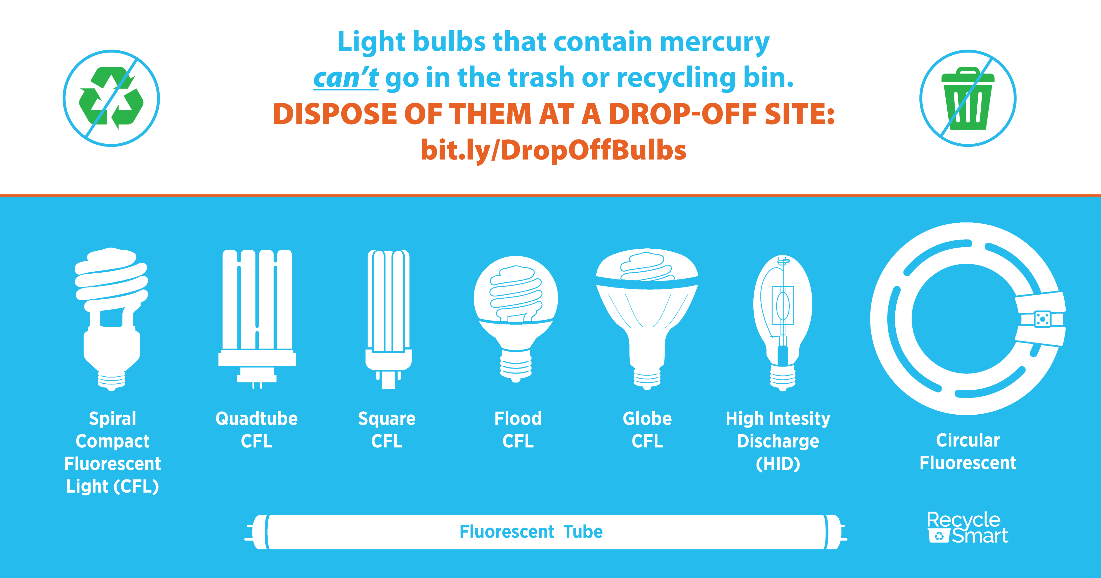 While you should never put any light bulb in the recycling bin, it’s particularly important to keep mercury-containing light bulbs out of both the trash and recycling. These light bulbs can easily break and release mercury—a toxic heavy metal—into the air. If they break at any point during the disposal process, someone in your home, a waste hauler, or a disposal facility worker could be exposed to the released mercury vapor.

While the small amount of mercury in a single light bulb probably won’t affect you in the short term, exposure to mercury over time can have serious health impacts. Ever heard the expression “mad as a hatter”? Mercury was used for over a century in the hat-making trade, but it wasn’t until the 1940s that the connection was made between mercury exposure and the erratic behavior and slurred speech common among hatmakers. In Alice in Wonderland, the Mad Hatter’s signature mood swings and nervous tics are likely symptoms of mercury poisoning.

❗ What happens if you break a bulb at home?

First of all, don’t panic! Follow these steps to make sure you clean it up safely.

Take mercury-containing light bulbs to a collection location for safe disposal. There are hundreds of sites across Massachusetts that collect mercury-containing products, including major retailers (like Lowe’s and Home Depot), local transfer stations, and municipal health departments. Use MassDEP’s interactive map to find a drop-off location near you. 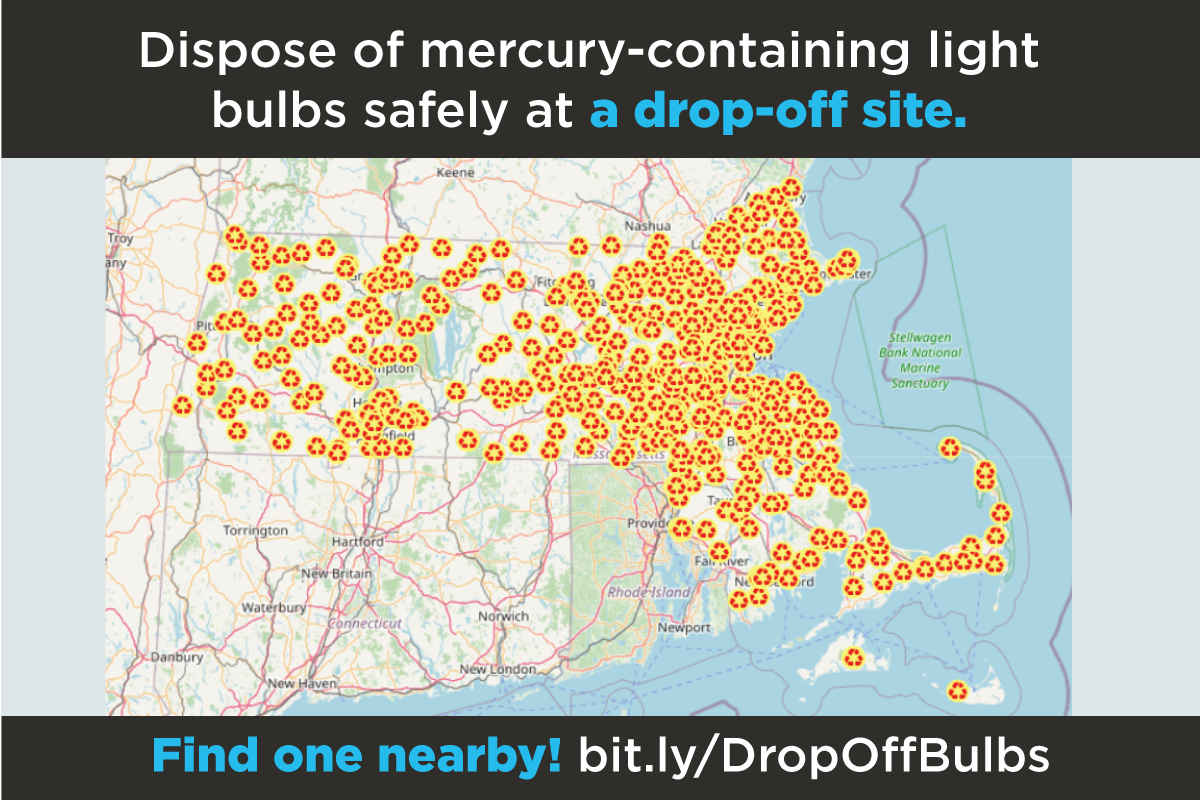 💡 How can I tell which light bulbs contain mercury? 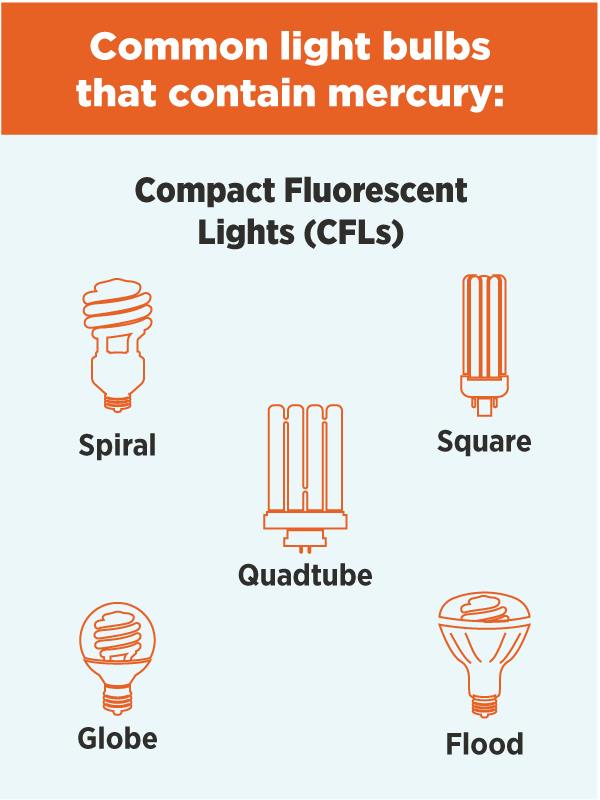 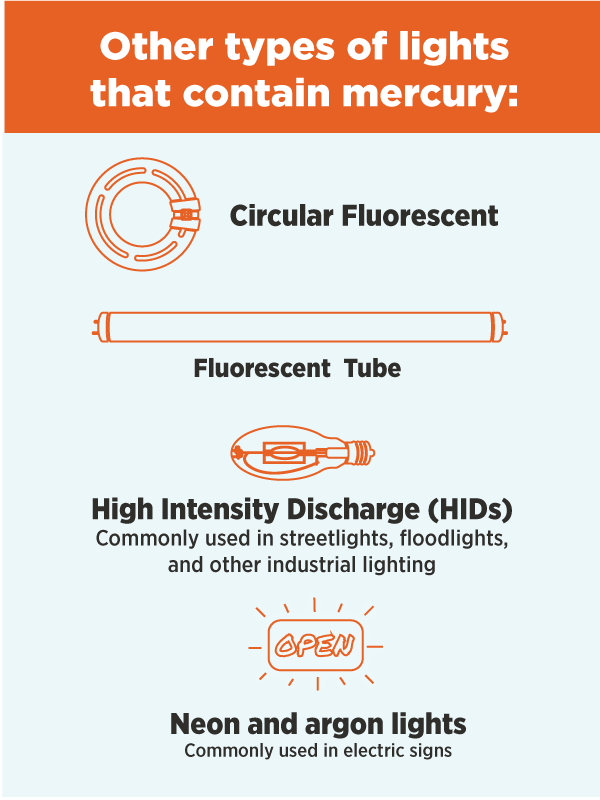 Next time a light bulb goes out in your home, remember to check if it contains mercury. If it does, use MassDEP’s directory to find a collection location.

Don’t stay in the dark! Do your part!