Cardboard Is Living Its Best Life Right Now (and it can, 6 more times) 🤯 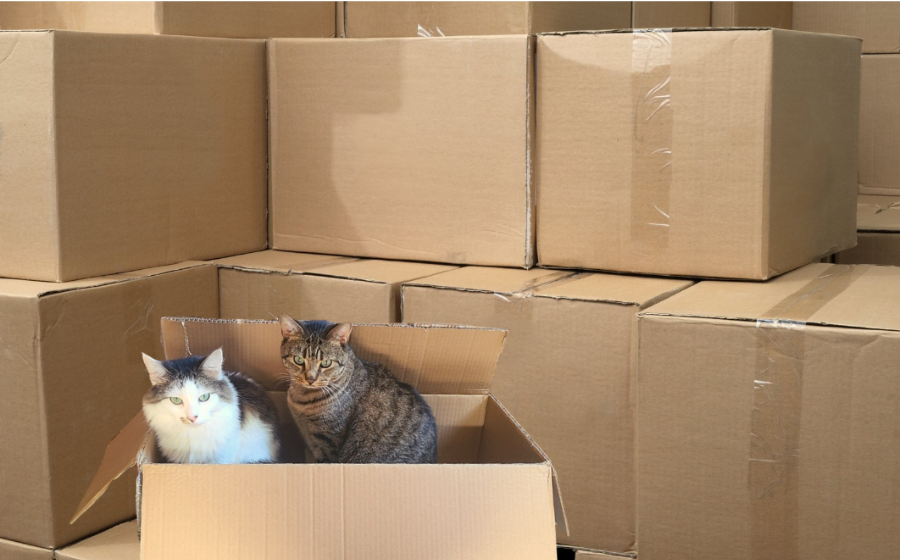 Bonnie and Clyde want your boxes – but paper recyclers do too!  📷: MassDEP

You know the drill. You order something online and wait (patiently 😉) for it to arrive.  When it does, you can’t help your excitement. You cut that box open and grab your order like a greedy bear cub.  Finally, the thing you spent money on is in your hands!  But now you’ve got that old box to get rid of; the cleanup after the opening frenzy.  You probably don’t care much about that box any more, but what if we told you the cardboard box has almost as much value as what you bought?  Your used cardboard boxes are essential to our country’s supply chain and are in high demand. Box makers who turn old boxes into new ones in factories across the country are now paying top dollar for used cardboard boxes. So, make sure to treat that box with a little respect, bear cub!  You may meet it again.

COVID drove significant growth in e-commerce over the last 18 months as Americans came to rely more and more on door-step delivery for everything from dish soap to diapers.  And while some of us have returned to brick and mortar stores, industry analysts say online shopping remains higher than pre-COVID levels.  Used cardboard boxes – known in the industry as Old Corrugated Containers or OCC – are a global commodity on the secondary materials market. They are also the backbone of the consumer goods packaging industry.  Millions of tons of OCC, along with mixed paper (think magazines, newspaper, junk mail, cereal boxes, office paper) are purchased by recycling mills and used as a substitute for virgin fiber (AKA trees) to make paper products and packaging in factories around the globe.

When One Door Closes…

The U.S. paper industry has always relied on OCC and mixed paper – called “recovered fiber” – that’s collected from homes and businesses to make new boxes and paper.  But for decades, the industry had to compete with China, which imported about 40% of our recycled paper and boxes to make packaging for the millions of consumer products they make and ship back to the U.S. and across the globe.  So when China’s National Sword policy banned the import of U.S. recovered fiber in 2018, the impacts were felt globally.

But when one door closes, another opens.  In this case, the U.S. paper industry saw an opportunity to capture some of the recovered fiber China no longer wanted.  But first, they had to build up capacity to recycle it here in the U.S. That meant re-investing in, retrofitting, and reopening domestic paper mills that had been sitting idle since the 1990s when China began to outcompete them.

All this investment in paper mills is a boon for our economy. In just 3 years, hundreds of millions of dollars have been pumped into retrofitting 13 existing recycling mills and building two brand new mills.  And two additional mills are under construction in upstate NY and PA. In a very short amount of time, the U.S. paper industry has capitalized on the opportunity to meet the mounting demand for boxes across the nation.

Foreign companies are also investing heavily in the U.S.  Australian paper company Pratt Industries just announced a new mill opening in Kentucky —  its sixth 100% recycled paper mill in the U.S. Anthony Pratt, executive chairman of Pratt Industries, says the new Kentucky mill is the “single biggest investment our company has ever made,” noting the facility will be “the world’s most advanced, environmentally friendly 100% recycled paper mill.”  Expected to open in fall of 2023, it will supply Pratt’s companion box making plant with feedstock to make cardboard boxes “including pizza boxes and packaging for major distributors and big box stores,” a press release from the company stated. 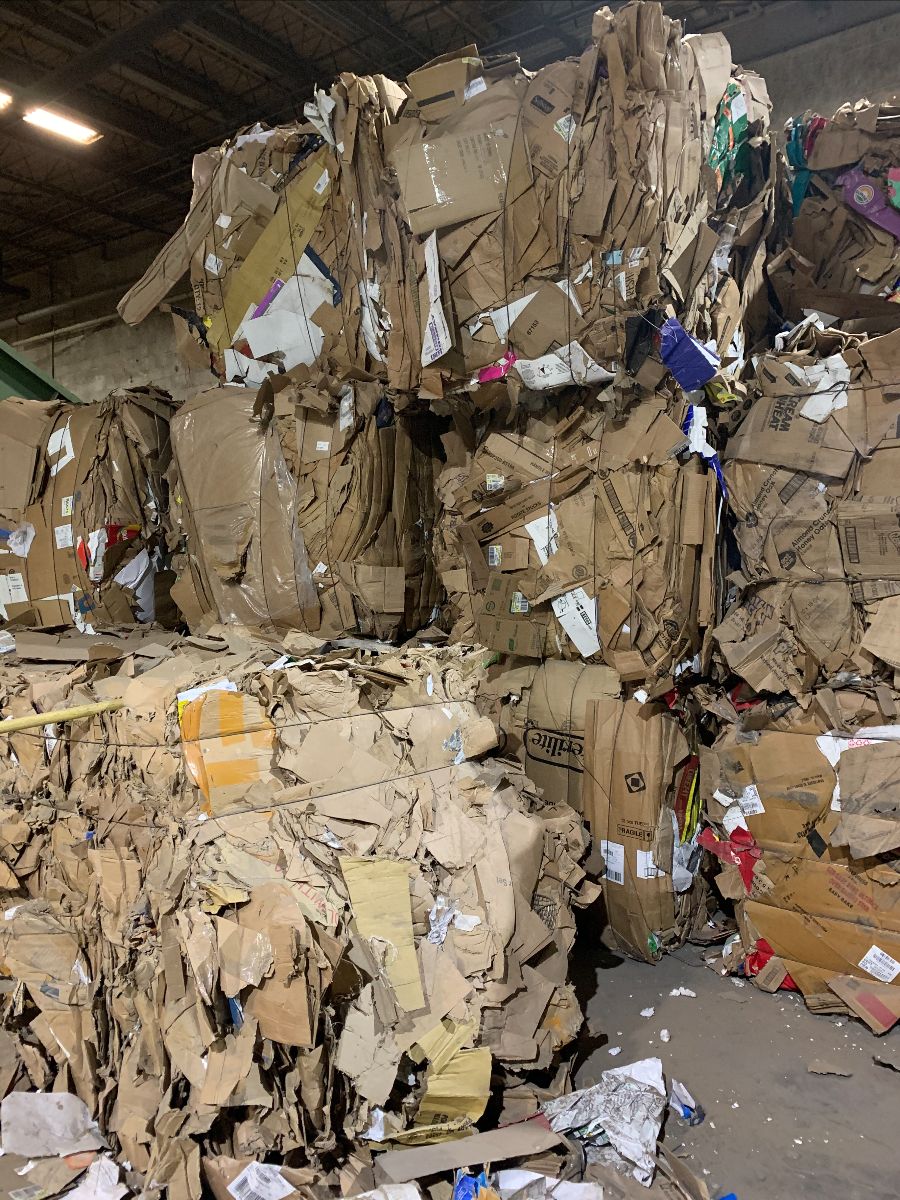 China’s Back Door to Our Recycled Paper

So, what happened to China’s recycling mills when the supply of paper dried up after their import ban?  Those mills are still hungry for incoming cardboard because China has scarce forest resources for harvesting trees to make boxes and paper. So Chinese mills found another way: by investing in recycled paper mills in neighboring Southeast Asian countries where they can capture recycled paper coming from the U.S. and Europe.  Chinese companies also invested in three U.S. paper mills (Maine, W. Virginia and Wisconsin). These mills produce “recycled pulp,” which is exempt from China’s import ban. The Chinese-owned U.S. mills are bringing jobs to the local economy and producing a product that will ultimately be sold to a factory in China to be made into new boxes.  You could say, the silver lining to China’s National Sword has been the decentralization of box production, which is good for everyone. 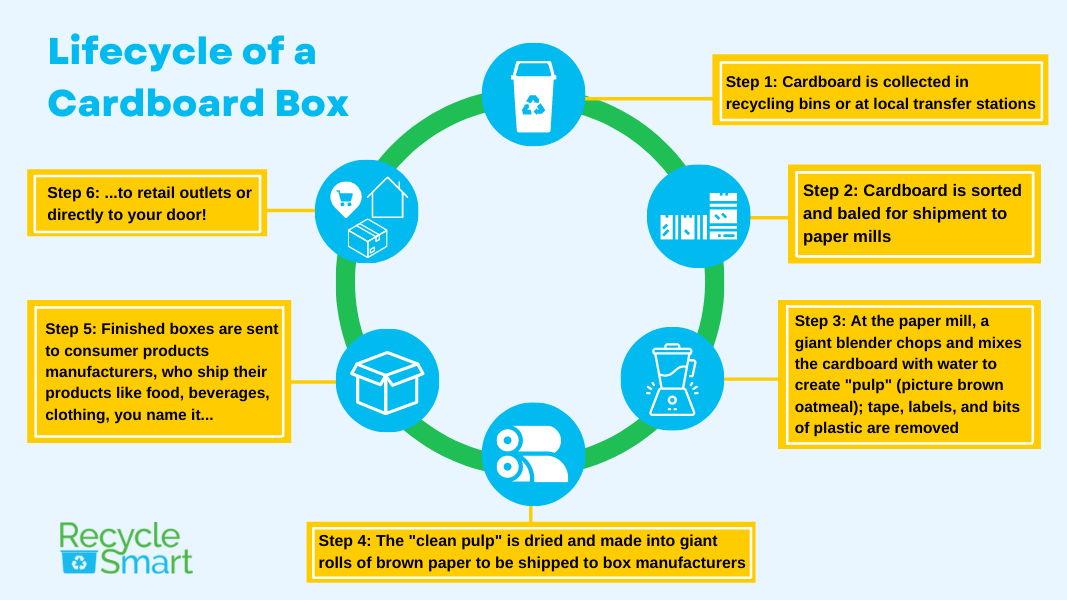 The bottom line is that our old boxes are guaranteed a second life (actually, up to 6 new lives) when you put them in the recycling bin.  And U.S recycling collectors are enjoying the run-up in value for cardboard and mixed paper which has increased 180% in the last 12 months!  Whether they ultimately go to China (via Maine, India, or neighboring countries) or they are recycled here in the US, at a domestic paper mill, they are part of a critical supply chain that supports our nation’s economy.  On top of that, the recycling industry provides thousands of jobs and economic development. So the next time you receive your online order, remember that the box it came in has life outside of its current form.  Add it to your recycling bin and know that you’re doing your part to support a vital supply chain and the circular economy. 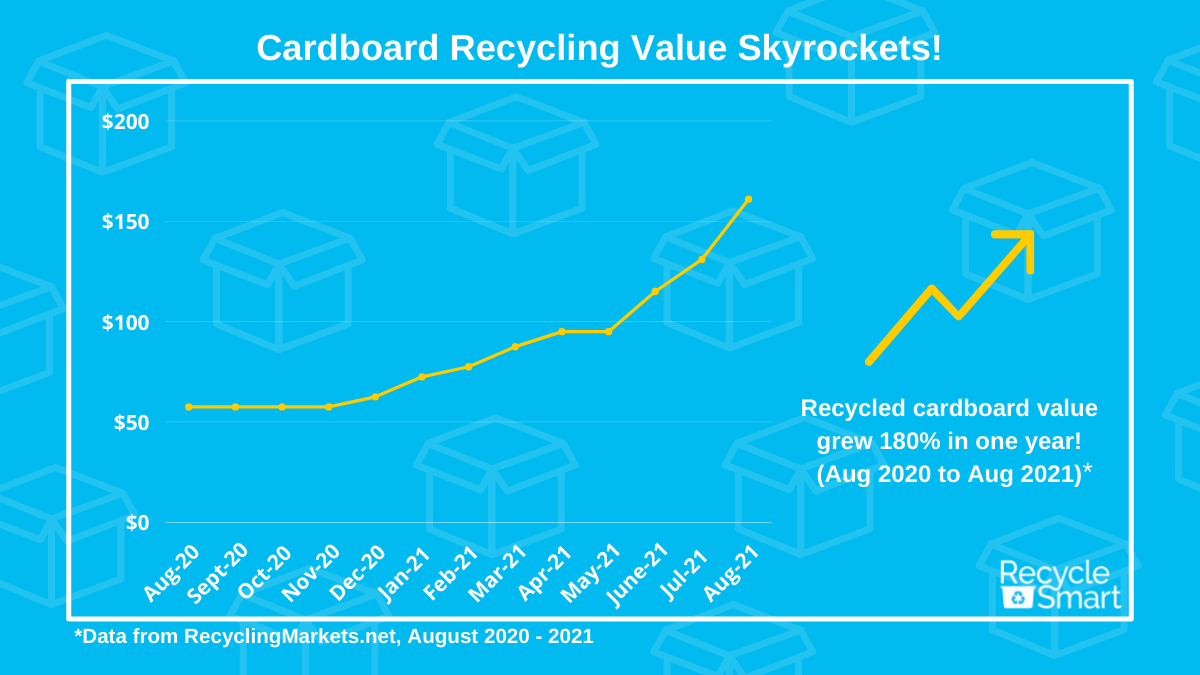 Want to learn more about the paper recycling process? Check out this video from the American Forest and Paper Association: https://www.youtube.com/watch?v=GsWhi2DDNBM
Sources:
https://www.recyclingtoday.com/article/three-factors-at-play-for-occ/

Partner Spotlight: The City of Lawrence 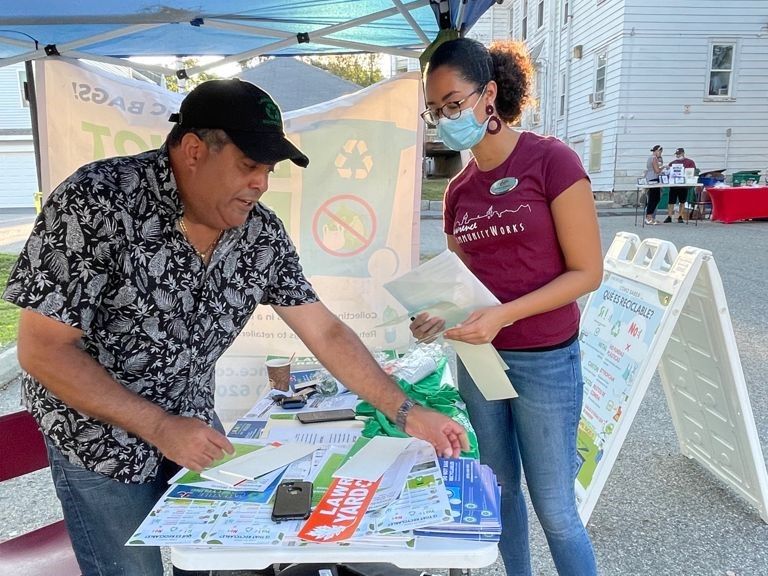 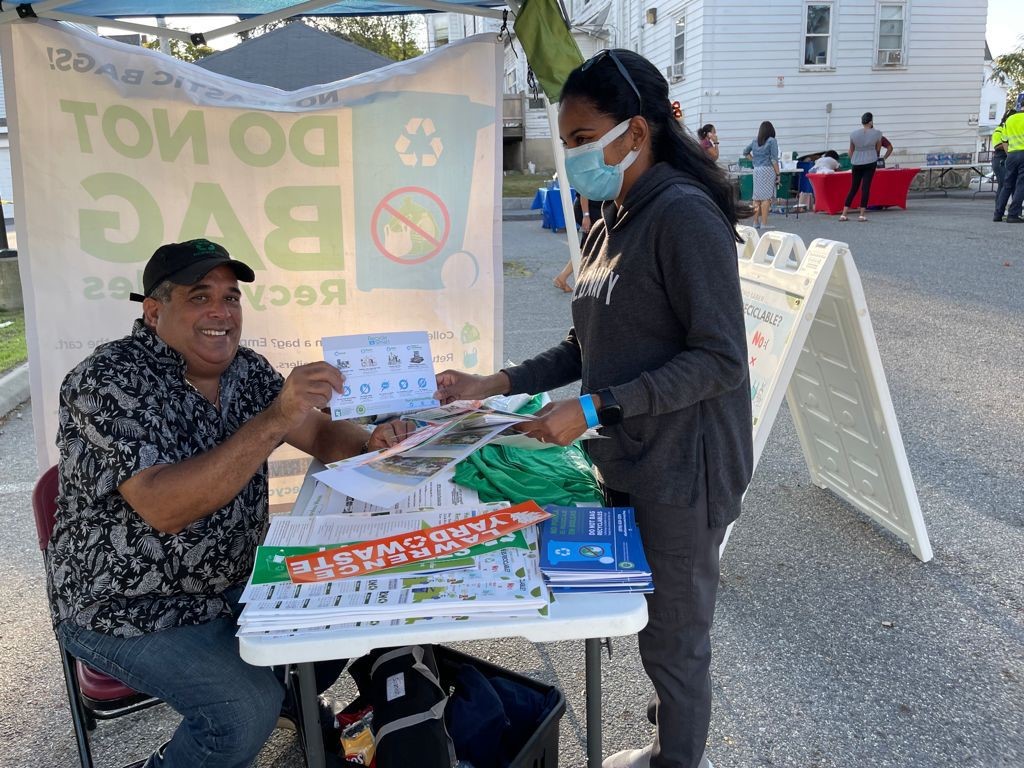 When it comes to recycling, the City of Lawrence is all about connecting with residents to help them make the right recycling choices.  For this Recycle Smart Partner, recycling isn’t just a service for residents, but a way to reduce how much trash is produced, use recyclable materials in new products, and reduce pollution (and costs!) that come from waste.

The key, according to Recycling Coordinator Carlos Morel, lies in educating residents about the importance of recycling. With the help of the DPW, community volunteers, and the Green Team Youth Program, the city holds education and outreach events to connect with residents and encourage them to recycle smart.  And recent turnout has been great!

“Our community is growing and we must continue to carry out and renew the education and importance of this program, to remind everyone that recycling is a fact of life.” says Morel. Whether it’s through in-person events, adopting the Smart Recycling Guide, embedding the Recyclopedia on the City’s website, or Spanish translations of recycling information, Lawrence is making all the right moves to get their residents on board with smarter recycling.  Well done!