No Matter How You Slice It 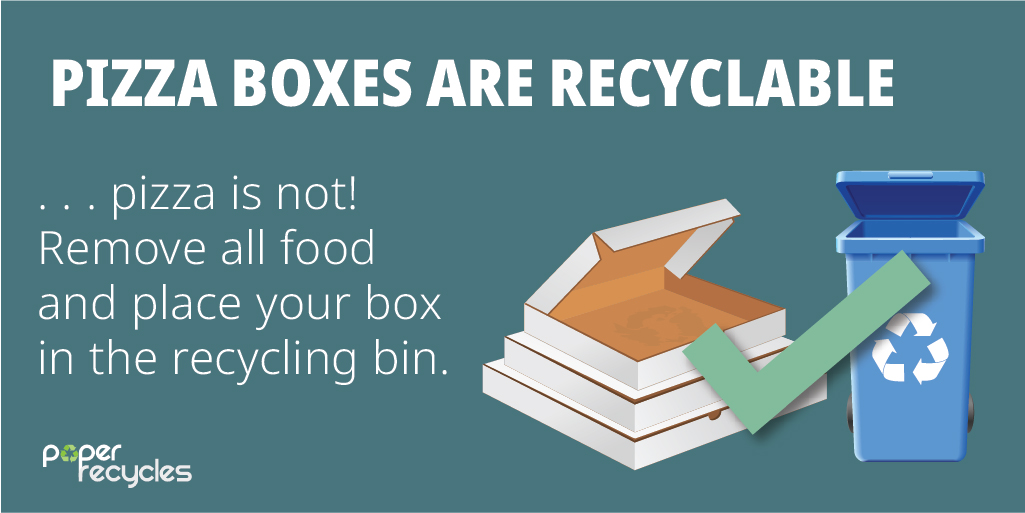 The paper recycling mill called… they want your pizza boxes.  Ok, maybe you haven’t received the call personally (yet) but the U.S. box manufacturing industry wants Americans to know that their pizza boxes, including the grease and stuck-on cheese, are a valuable feedstock for their factories. According to the Fibre Box Association there are approximately 3 billion pizza boxes used in the U.S. each year, which represents about 600,000 tons of highly desired material that should be recycled, not wasted.

If you’re thinking, “wait, I thought greasy pizza boxes were a problem in the recycling bin”, you’re not alone.  The Recycling Partnership reports that about 73% of community recycling programs don’t have clear acceptance guidelines for pizza box recycling.  The American Forest and Paper Association and the Fibre Box Association want to clear up the confusion.  A study completed by WestRock Industries, one of the world’s largest paper and packaging companies, found that grease and cheese in amounts typically found on pizza boxes does NOT impact manufacturing in a negative way.  AF&PA President and CEO Heidi Brock says, “corrugated (brown) pizza boxes are successfully recycled every day at paper mills throughout the country… so let’s be clear: consumers should not be concerned about grease or cheese – simply remove any leftover pizza and place the box in the recycle bin”.

Actually, the paper industry’s appeal for your old pizza boxes is part of a larger need for more recycled paper and cardboard to feed the nation’s paper and box making industry as a whole.  What’s causing this increased need?  COVID-19. 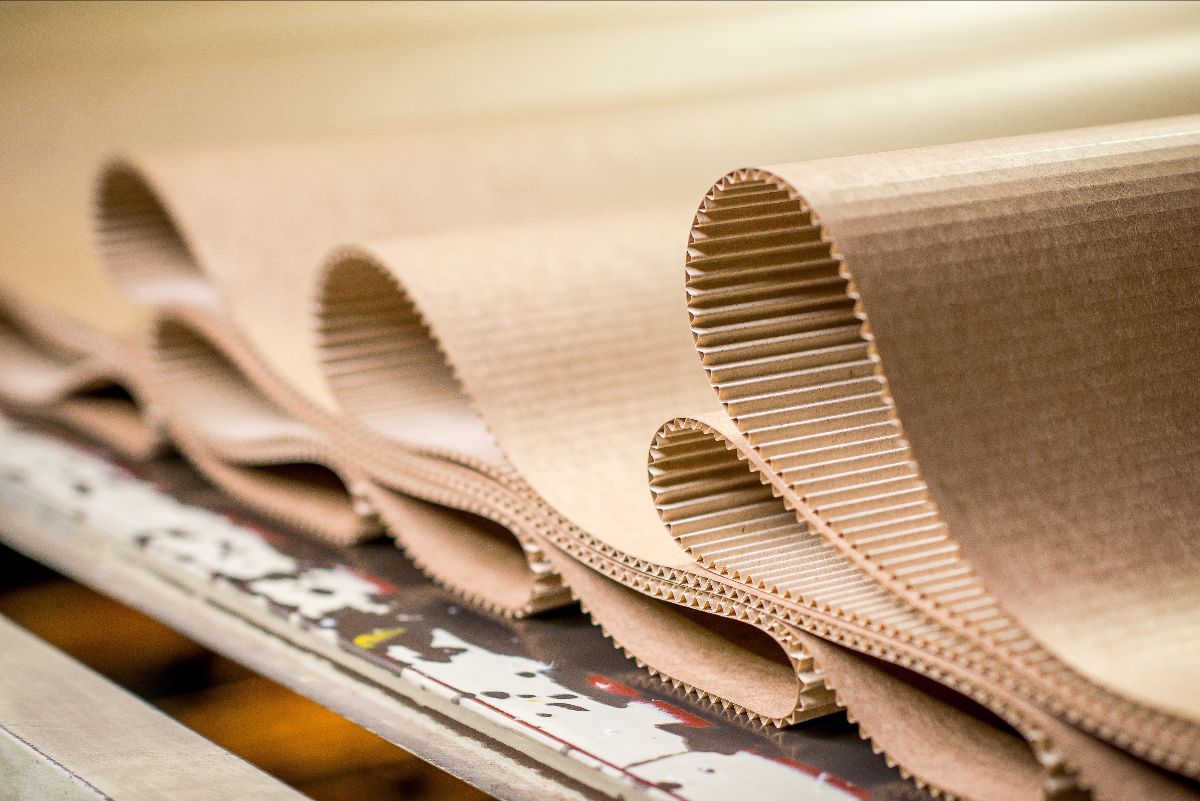 Cardboard boxes, commonly referred to as “corrugated boxes” in industry speak, feature the characteristic wave shaped structure called flutes that provide strength and allow the boxes to easily stack and protect the content inside.

Like most of what we knew pre-COVID, the recycling industry has been disrupted by the pandemic.  On a recycling industry webinar last month, U.S. paper mill representatives described how the pandemic created a big spike in demand for paper used to make consumer packaging for food, cleaning supplies, medical equipment, and the boxes to ship those items in.  Panic buying led to shortages, putting additional pressure on the manufacturing sector.  At the same time, a huge source of recycled boxes and mixed paper shrunk dramatically when restaurants, hotels, colleges and universities, malls and other retail shut down practically overnight.

In normal times, just under 50% of the nation’s trash and recyclables are generated in homes and the rest comes from the commercial sector (businesses, institutions, manufacturing).  When our homes suddenly became our offices, our schools, and the only place we eat our meals, our recycling and trash bins bulged with packaging and other materials generated by a deluge of home deliveries of food, sanitary products and cleaning supplies.  Forbes Magazine reported in June that “COVID-19 has massively accelerated the growth of e-commerce, according to an Adobe report released today. Total online spending in May hit $82.5 billion, up 77% year-over-year”.

Recycling is the first step in a supply chain that provides raw materials to make new packaging.   And with more of our recyclables going to domestic markets in the wake of China’s National Sword policy, which upended the decades-long export of 40% of our paper and plastic, COVID’s impact on the U.S. recycling industry has been even greater.  That’s one of the reasons recycling was deemed an “essential service” early on in the pandemic.  A national recycling industry official explained recently that “instead of thinking about recycling as something that just happens in kitchens and garages, recycling is really the first step in the manufacturing process that we rely on for our grocery and healthcare items, among other things.”  Another industry official put it this way. “Recycling is not just beneficial, it’s absolutely necessary, and despite the destructive nature of COVID-19, the pandemic can provide the impetus to build a brighter and better future for recycled products.” 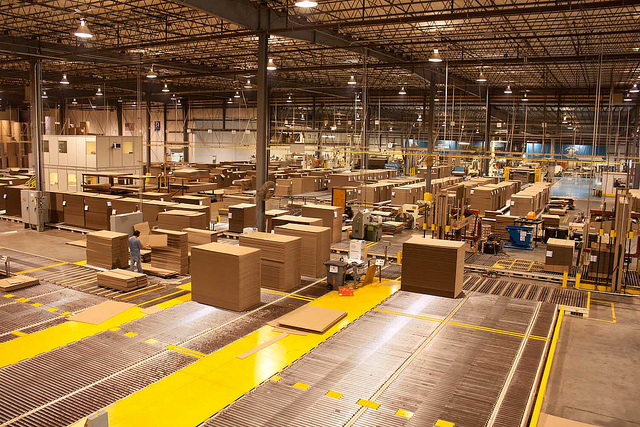 Pratt Recycling, with five U.S. paper mills, makes 100% recycled cardboard boxes out of mixed paper (household mail, cereal boxes, newspapers, magazines) and cardboard that is collected in recycling programs across the nation.  Pratt’s president explained in a recent article,  “We’re essential because we need boxes to pack all the supplies that have to get to people…. sanitary supplies like toilet paper and paper towels, food products and medical supplies all arrive to their destination in boxes”.  A Greif Recycling executive put a finer point on it:  “Critical products and tools needed to help those with COVID-19 and prevent its spread in the workplace and at home, would not be readily available without recycled fiber to help produce the packaging required”. 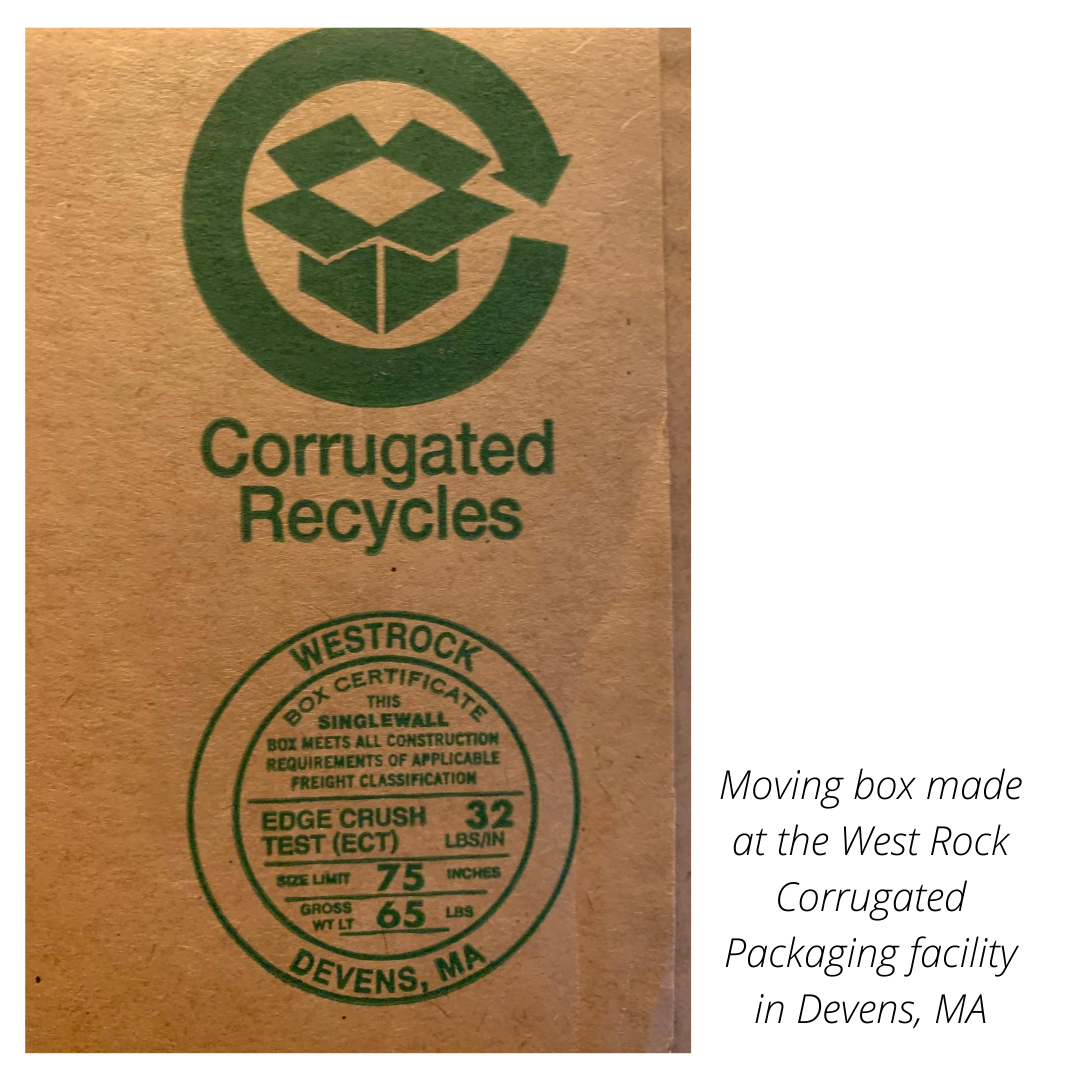 The humble cardboard box is the backbone of our nation’s packaging and delivery system to move goods to businesses, hospitals, and more than ever, to our homes.   The nation’s box manufacturing industry has long depended on a steady supply of “recovered fiber” (aka old cardboard boxes and paper) to make new boxes.  Under COVID 19, box makers, not to mention plastic, metal and glass packaging manufacturers, are  literally working overtime to make new packages from old.  That’s why we need to work harder than ever to insure they get the raw materials they depend on, including our pizza boxes, by recycling as much as possible and as smart as possible.   So the next time you wonder if recycling really matters, you know the answer.  Share this newsletter article and keep doing the essential work of recycling, every single day. 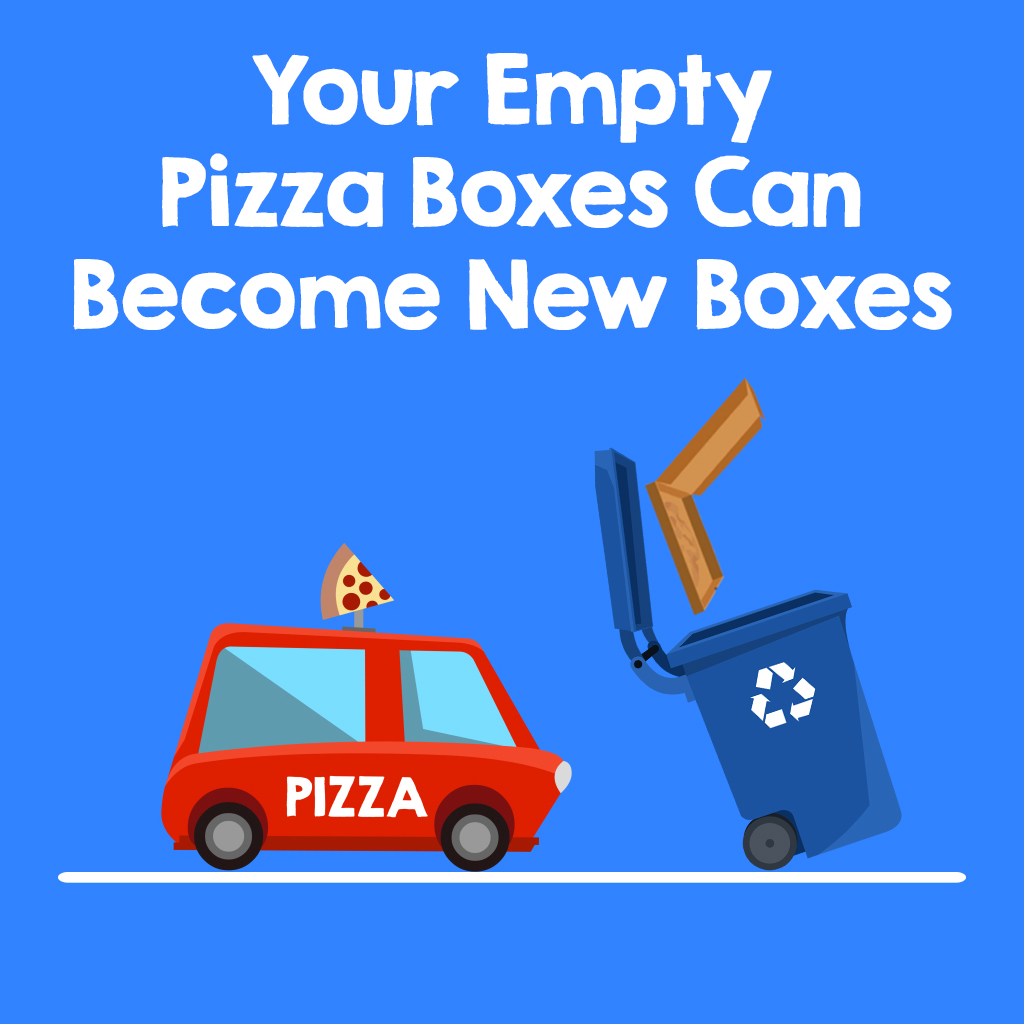 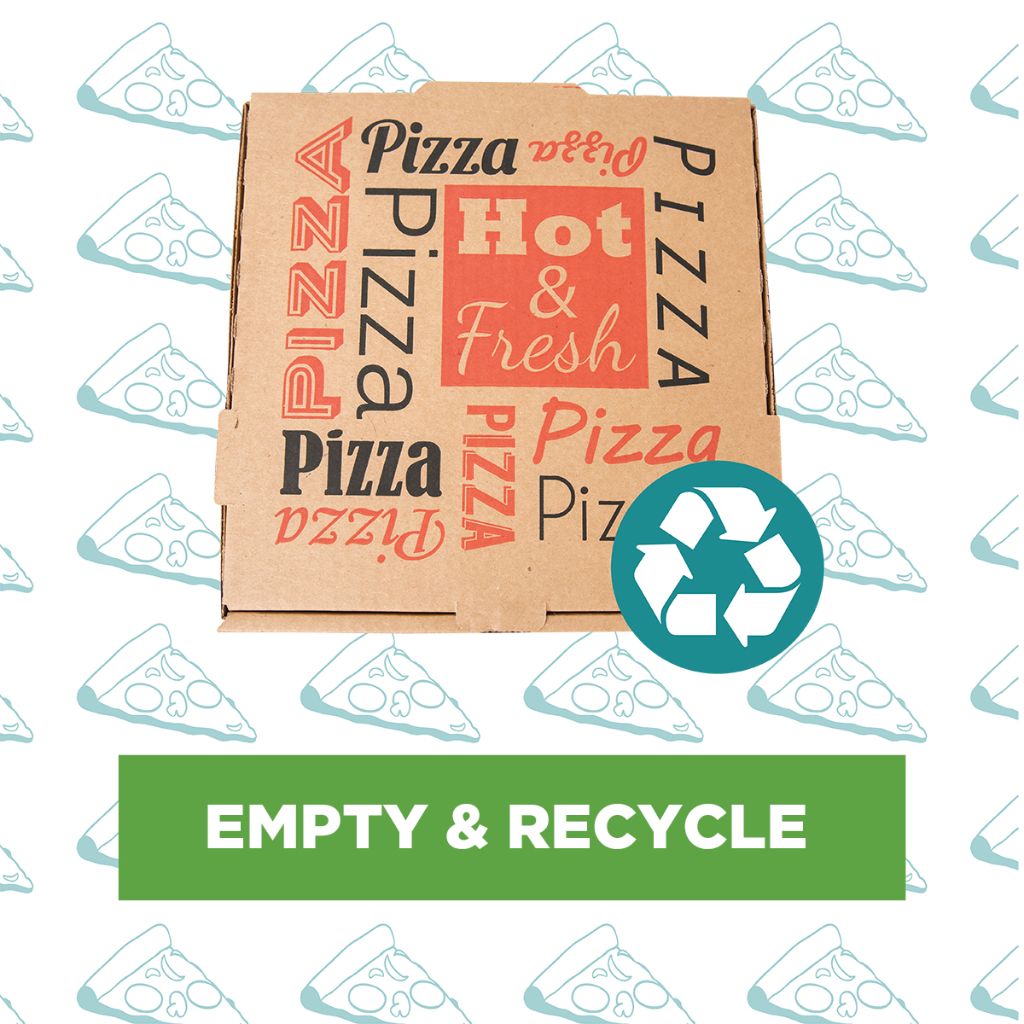 Help get the word out that pizza boxes are recyclable here in Massachusetts (without the pizza of course). Our friends at The Recycling Partnership have an excellent social media toolkit you can download here featuring videos and images to share on Facebook, Twitter, Instagram or in your next newsletter. They also link to the studies that confirm grease and residual cheese do not impact the recyclability of the box and they’ve created a handy planning document to create clear messages on pizza box recycling. 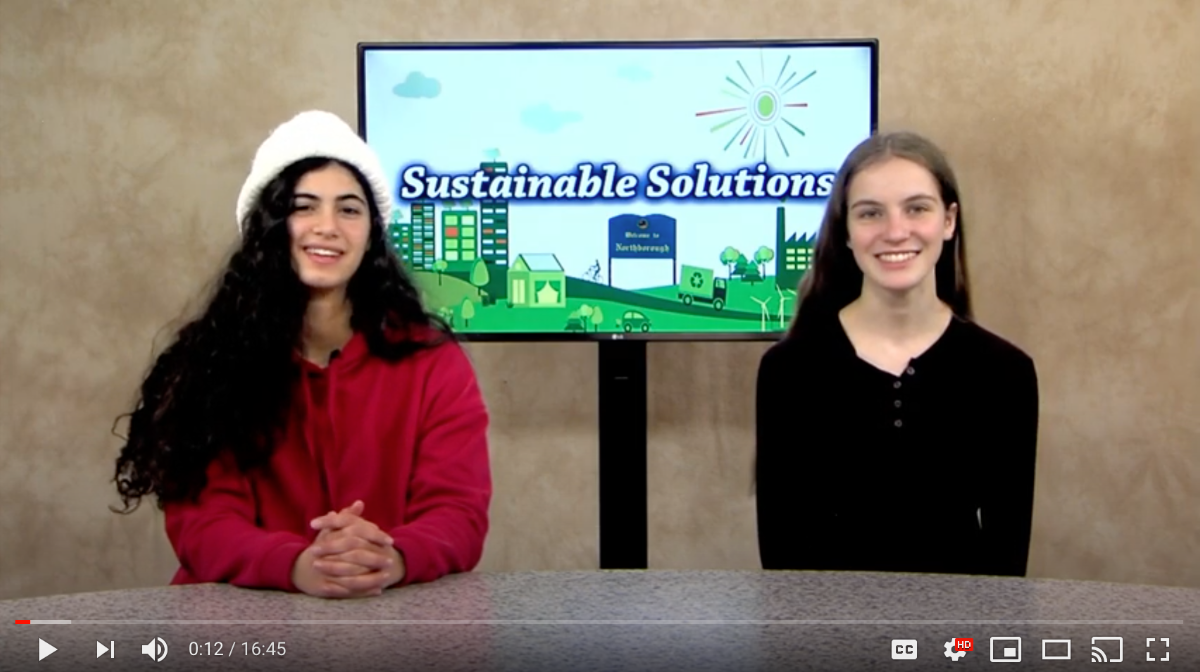 If you’re looking for a fun, easy way to learn about recycling, look no further: Sustainable Northborough, a volunteer community group, put together a Sustainable Solutions video featuring Recycle Smart MA! The video highlights the importance of the three R’s: Reduce, Reuse, and Recycle and shows off the Recyclopedia tool with real-time examples. Watch these inspiring young educators as they sort through common household items and show viewers what to do with them.  Congrats to Sustainable Northborough for helping their community join the ranks of smart recyclers across the state!

The Recycle Smart Team at MassDEP 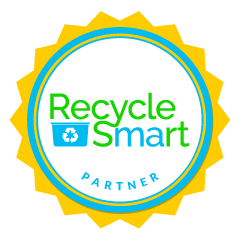 All for Reuse, and Reuse for All!