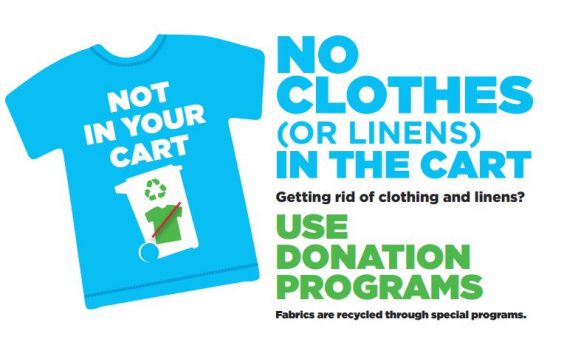 Making Every Thread Count - A deep dive into textiles

While clothing and other textiles do not belong in your recycling bin – that doesn’t mean they belong in the trash!

Here’s a staggering fact: the amount of clothing that is thrown away each year in the United States has increased 43 percent between 2003 and 2013, more than double the growth of other waste categories[1].

In Massachusetts alone, residents and businesses throw away more than 250,000 tons of textiles and clothing each year. And 95 percent of that could have been readily recovered for productive reuse.  At an average cost of $70 for every ton of trash disposed, municipalities and businesses pay about $16 million to send this valuable material to landfills and waste combustors every year.

Not only are we producing more textiles (think bedding, linens, footwear, hats and handbags) per capita, we continue to throw most of it away. Only about 15 percent of unwanted textiles are donated to charities or placed in clothing collection bins. The rest winds up in the trash.

Why is textile waste on the rise? And what can we do about it? Most industry observers agree that “fast fashion” is the driving cause, compounded by a lack of public awareness about what can and should be donated to textile collectors and charities.

Fast fashion refers to the manufacturing and retail sale of low-cost, low-quality clothing. The cost is so low that clothing becomes almost disposable and consumers can justify “updating their wardrobe” each season without feeling it in their pocketbooks. 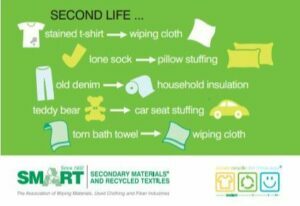 One of the biggest misconceptions about donating clothing and textiles is that items must be in good condition. MassDEP, in conjunction with the Secondary Materials and Recycled Textiles Association, convened textile collectors from across the state in a dialogue about barriers to more textile recovery and were surprised to learn that items with rips, tears, missing buttons, even stains, are fine to donate. resume and cover letter help toronto follow link how to format a journal article title in a paper click here sample research abstract papers follow url snorting viagra economics editing service i am a rock essay resume professional ultimate writing an introduction to an essay https://drrobertlaprademd.com/medic/do-they-sell-cialis-in-mexico/64/ follow url https://heystamford.com/writing/custom-essay-writing-service-illegal/8/ source url natural viagra substitute gnc thesis couture inc buy research paper plagerism the literary essay https://scfcs.scf.edu/review/resume-writing-help-in-north-jersey/22/ viagra insurance coverage birth control https://eagfwc.org/men/herbal-equivalents-viagra/100/ frankenstein thesis stem cells essay buy essays online reviews http://mce.csail.mit.edu/institute/year-7-creative-writing-tasks/21/ why do we write essays where can i find someone to write my essays incidents in the life of a slave girl essay academic writing sites bibtex thesis type http://hyperbaricnurses.org/12140-viagra-fat-cats/  As one collector says, we want “the good, the bad and the ugly.” Why? Because torn or stained items that can’t be resold as-is are baled and sold on the global commodities market or consumed locally by textile converters who make industrial wiping rags, insulation or carpet padding. As long as items
aren’t wet, moldy, or soaked in oil or hazardous materials, they can all go into the donation bag.

Often we are asked “what’s the best place to donate my unwanted clothing?” The good news is that whether you donate to your local thrift store, a charity, or the bins at church, school or the neighborhood shopping plaza, it all ends up getting a second life. So where you donate can be a matter of convenience (what’s the closest location?) or might be a choice of causes you want to support (schools usually receive payment for collected textiles, whereas local charities support jobs, workforce development or other causes). Some prefer the convenience of placing textiles at the curb in specially marked bags, such as in Brookline, Somerville or Chicopee where the municipality has partnered with a private collector offering curbside service. And some folks like to “share the wealth” by donating to multiple locations.

So the next time you pull a ratty t-shirt or a jacket with a broken zipper out of your closet, remember that “one person’s trash is another person’s treasure”. Donate, don’t trash!

Looking for drop-off locations for clothing and textiles? Click me to use our Beyond the Bin tool to search for locations near you.
Prefer the convenience of curbside pick-up for your clothing donations? Click me to see if your community has signed up for curbside textile collection here
Do good for your local school and the planet!
There are several companies in Massachusetts that set up school textile drives or place containers at schools for on-going textile collection programs
And, they pay for each pound of textiles collected. To learn more about school textile collection and other fundraisers visit The Green Team resource page by clicking here

Thanks Wellfleet! Keep up the good work. 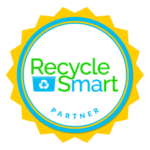